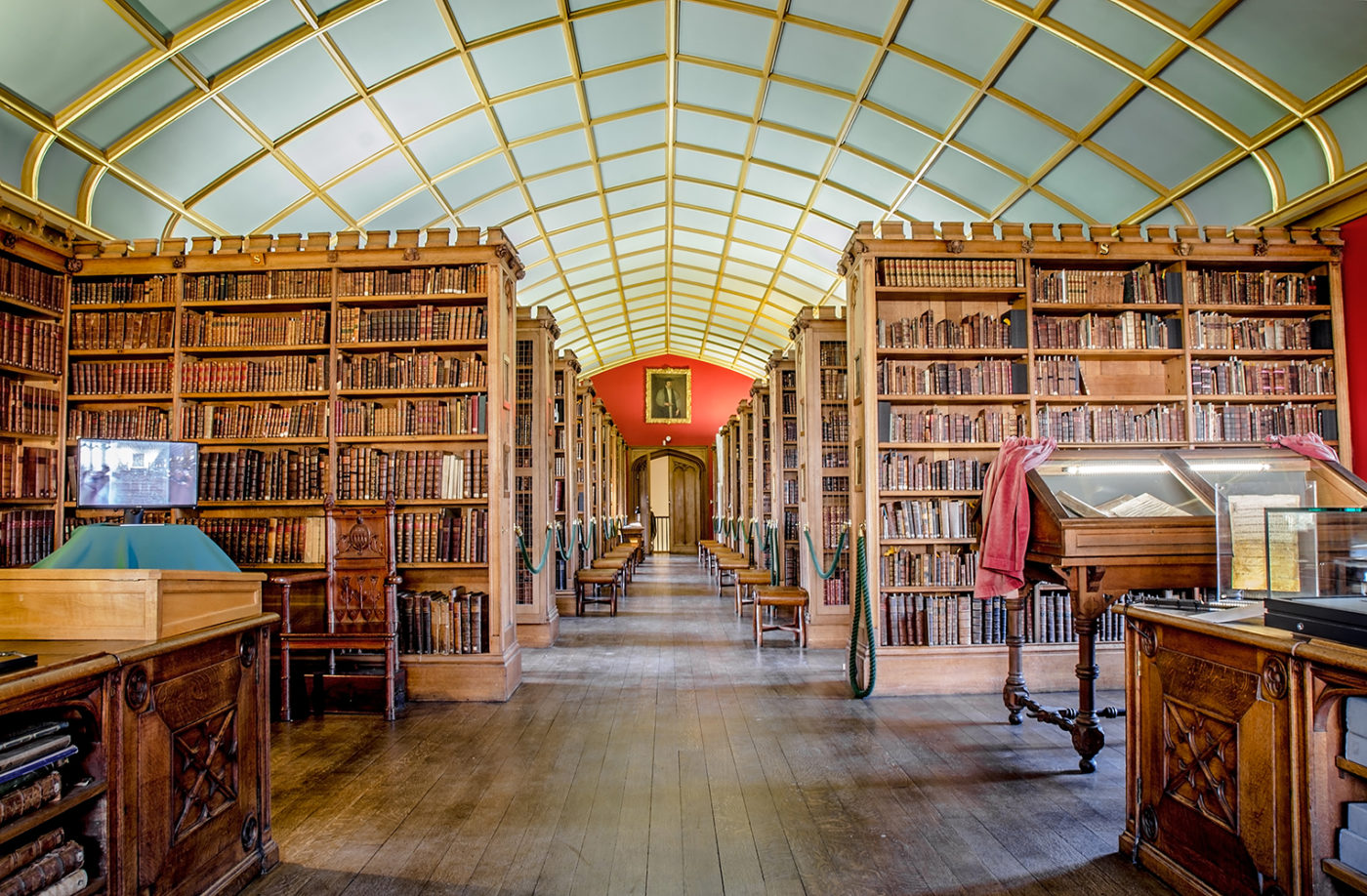 The afterlives of medieval manuscripts

Most of the music that survives from medieval England is preserved in fragments of manuscripts, scraps which have been cut from the original books and used for other purposes. Magdalen College is one of the few small research libraries in the country to preserve an exceptional collection of such fragments, dating from the middle of the twelfth to the late fifteenth centuries, a collection which testifies to the developments in musical style, as well as in the production of musical books.

This online exhibition, mounted as a permanent and publicly available version of the original, considers the nature of medieval English musical manuscripts, and more widely the nature of the medieval book, through the collections of Magdalen College. Here you can explore how a medieval book was recycled and its parts used for a variety of other things; you can learn about the different types of medieval music, how it was written down for different audiences, and you can see and hear some of the music come to life.

The path that some medieval manuscripts took across the centuries did not always lead them to the shelves of a library. Or, rather, not in their original form. In a period when the transmission of knowledge in books, the administration of power in charters and legal documents, as well as all written private communications had to rely almost exclusively on the use of animal skin, parchment became a precious and expensive material, too useful to be wasted. The first paper mills were established in England in the 1490s, and the importation of paper from Europe was costly and taxed heavily. So, when an old manuscript fell out of use, or was damaged beyond repair, its constituent parts were dismantled and ‘recycled’ for other purposes. One of the most common uses of such material was for the binding of later printed, or manuscript volumes, but manuscript fragments have been found in the most unlikely places: internal supports for bishop’s mitres, stiffening corsets, decorating lampshades, etc. The wooden boards of old books were reused for a new binding, and the parchment – from entire leaves, to tiny strips – was employed in various ways inside the binding, the spine, or gatherings, or even as wrappers and covers.

The study of fragments of manuscripts, pieces of lost books, has seen a renewed interest in the 21st century. Pursuit of medieval texts has largely focused on the complete surviving texts from the Middle Ages, however these complete books reflect a small proportion of what was actually authored, read, performed and discussed in their own time. However, several publications in the 20th century began to focus on the survival of texts, known or otherwise unknown, in the bits of waste visible in later medieval or early modern bindings. Neil Ker’s Pastedowns in Oxford Bindings (1954) was a landmark in the codification and identification of a huge number of fragments. The use of 21st century technology to help stitch together the work of a number of pockets of scholars, curators, and archivists has resulted in several large, international databases which have allowed researchers to ‘stitch’ together lost and cut-up manuscripts which can now be found in pieces, in bindings or otherwise, across the globe. 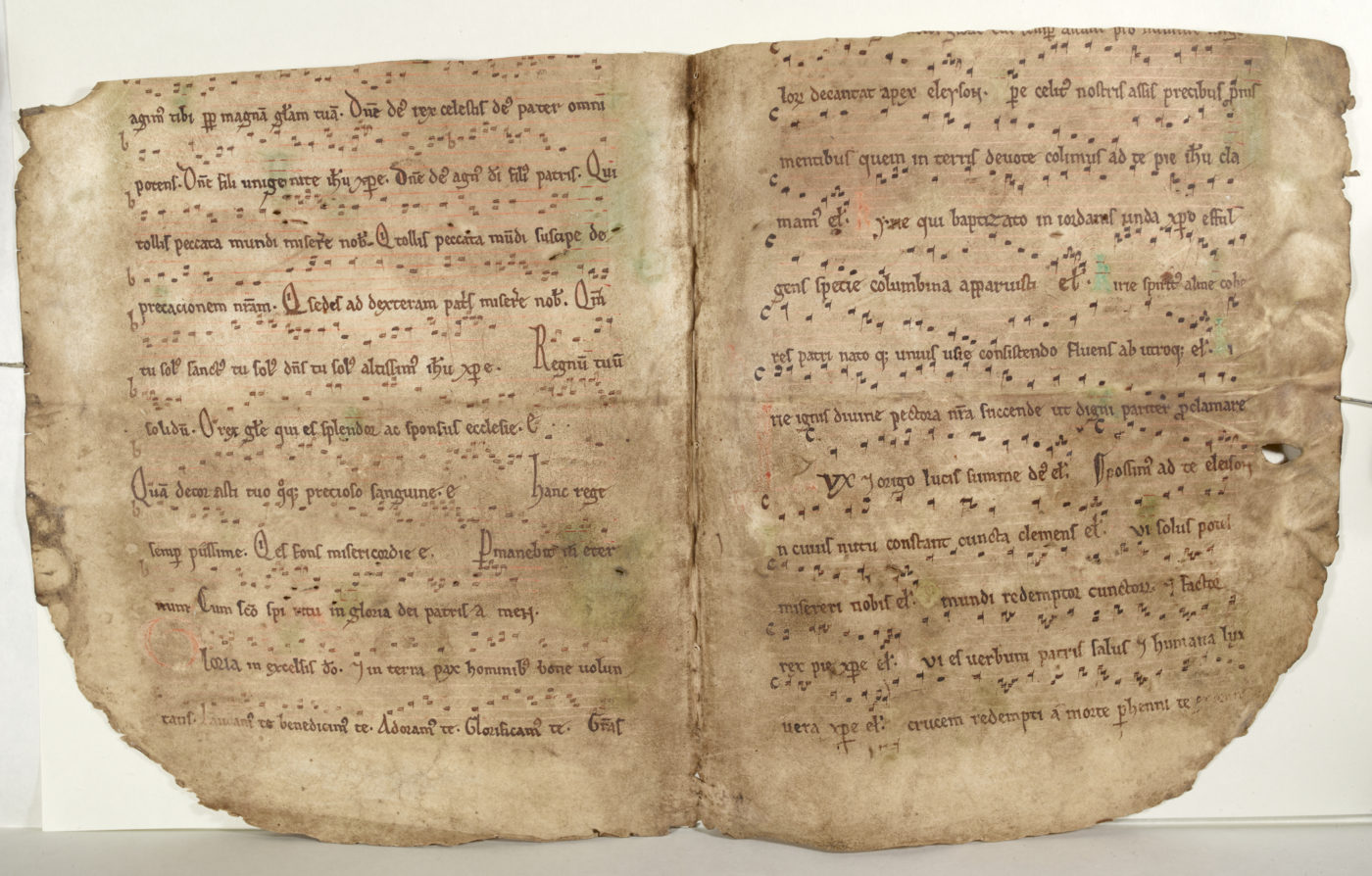 Manuscript fragments are especially fascinating, as they crop up in unusual places, sometimes completely unexpected. The ‘incompleteness’ of these fragments can often be exhilarating, coming across one used as early modern binding waste reminds us of their status, their scattered nature, as ruins of a rich and complex musical past. In them we can appreciate more clearly the passage of time, we can imagine the social and cultural context in which they originated as complete books, but we can also see their later life as binding material or recycled waste, and finally as objects of study. Fragments, which were once considered ‘waste’ that endured through centuries of neglect, are some of the most important sources to preserve the remnants of early music that we can now enjoy hundreds of years later.

In the late autumn of 2017, Magdalen opened an exhibition which highlighted this collection and displayed never-before-seen examples of these vestiges of medieval musical culture. Curated by Dr Giovanni Varelli and Mr Daryl Green, Fragments of Note: the afterlives of medieval manuscripts, ran from 23 November 2017 until 19 April 2018.

What is a fragment?